The most difficult issue that Governor Sir Hudson Lowe had to address throughout Napoleon’s imprisonment on St Helena was the matter of his health.

Security would always be a problem, but the island bristled with guard units and the navy patrolled the island’s waters. The close relationships on the island that Napoleon cultivated for his own purposes, usually as a way to cause division, made the Governor more suspicious that was necessary, but they were manageable.

The impossible behaviour of both Napoleon and his household with their continual demands and petty squabbles were the source of endless trouble and confusion but they did not risk security.

The coming and goings of visitors to and from St Helena, the inspection of correspondence; the checking of books and periodicals; the manipulation of financial arrangements, all of these caused trouble. But there was one thing for which the Governor would not be excused and that would be Napoleon’s death on his watch.

The problem for Governor Sir Hudson Sir Hudson Lowe was that he had to decide whether Napoleon was faking ill health – that he was a malinger – or whether there was something genuinely the matter with him.  This was never resolved whilst Napoleon was alive and after he was dead it was too late to correct the record.

It was true that over the sixty-seven months of Napoleon’s imprisonment on St Helena, there were reasons for concern. Napoleon was used to being surrounded by large numbers of people either at Court in France or while on campaign. After all, he had been managing an empire. On St Helena, Napoleon had around him a small group of men and women, some of whom had self-selected themselves to go into exile with him and not all of whom were particularly stable personalities.

As the years of imprisonment went by, this group became smaller, some leaving voluntarily and others being removed by the British for conspiracy. As a result, Napoleon felt increasingly isolated and deserted in his claustrophobic surroundings. The climate at Longwood was one of the worst on the island and the house and grounds were often windswept, cold and wet. Longwood House itself had been poorly built, converted out of two former cow sheds and rat-ridden (See The Emperor’s Day in the Napoleon’s Final Years topic).

As time passed, it became impossible to separate the medical issues of Napoleon’s health from the political considerations that had led to him being sent to St Helena in the first place. These tensions were most evident in the events that surrounded the appointment and dismissal of a series of doctors and surgeons who served Napoleon’s medical needs – or failed to do so – at Longwood.

A procession of more or less competent – and mostly less – individuals ministered to Napoleon over the almost six years of his imprisonment. 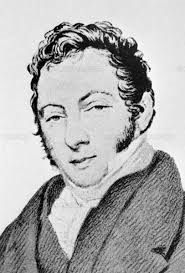 The most prominent at the time – and the most notorious since – was Barry O’Meara.

Meara was an Irish doctor who was serving in the Royal Navy and was appointed as surgeon to HMS Northumberland for Napoleon’s voyage from England to St Helena in July 1815. He was a convivial fellow and as the long journey continued, he developed cordial relations with Napoleon.

As an officer, O’Meara would have dined at the captain’s table on a daily basis and found opportunity to converse with Napoleon. When the ship reached St Helena, the naval authorities temporarily in charge of the prisoner, appointed O’Meara as Napoleon’s physician. This worked well until the arrival of Sir Hudson Lowe in mid- 1817 when the more benign influence of the Navy waned and the less tolerant Army took over.

Sir Hudson Lowe was not only suspicious about O’Meara’s relationship with Napoleon but also with O’Meara’s potential connection with colleagues at the Admiralty in London.

There were two sources of disagreement. First, the question of whether O’Meara was using alternative channels of communication that were critical of the Governor’s regime and would damage his authority on the island. Second, O’Meara’s diagnosis of Napoleon’s ill-health which threatened the whole basis of his imprisonment on St Helena.

O’Meara believed that Napoleon was suffering from hepatitis which was prevalent on the island and that Longwood was a most unsuitable place for his lodging. This diagnosis went against Sir Hudson Lowe’s conviction that Napoleon was malingering and contradicted his administrative arrangements which aimed to keep Napoleon well away from the island’s centres of population – and from a return to Europe.

The situation became so fraught that The Governor arranged for the removal of O’Meara from St Helena on trumped charges of colluding with the Government’s opponents in London and he was court marshalled on the island before being sent home in disgrace.