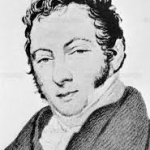 In June 1818, Barry O’Meara, the tricky Irish naval doctor who was thrown off St Helena for conniving with Napoleon, reports that the prisoner’s teeth were tormenting the prisoner.

In correspondence, the good doctor also referred to the cancer that was to kill Napoleon as causing “great pain in the right side, general anxiety and oppression, skin hot and dry and everything portending a crisis of a serious nature.” A little less than three years later Napoleon would be dead.

Publication of my latest chapter “The Lure of Empire” telling the story of how Britain came to rule the world – at a price.

“Here (in India) people die on one day and are buried the next. Their furniture is sold on the third and they are forgotten on the fourth.”

A mysterious key from Longwood

A key supposedly to the room in Longwood House in which Napoleon dies went under the hammer.  The final price was £81,900.  The object came with a handwritten note bearing the words:

Manhunt for bloodiest mutineers put Britain on warpath with US 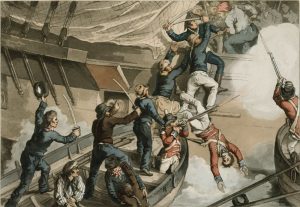 The bloodiest mutiny in the history of the Royal Navy and the relentless pursuit of vengeance led to the war of 1812 between Britain and America, according to a book that claims to shed new light on US independence.

The insurrection on HMS Hermione on September 22nd 1797, was overshadowed by that on HMS Bounty eight years earlier…read more…

Byron Dearing has emailed from Australia!

Your message: John Benedict Lomas (originally from Yorkshire) was court martialed in 1823 when in the 66 Berkshire Regiment whilst in Ireland. Was he with them at St Helena guarding Napoleon – or did he join them after st. Helena?