The Company’s servants were placed either in charge of a country area in which they were responsible both for trade and for the collection of taxes (hence the later use of the title of Collector who also acted as political, economic and legal head of a district) or in head office positions. 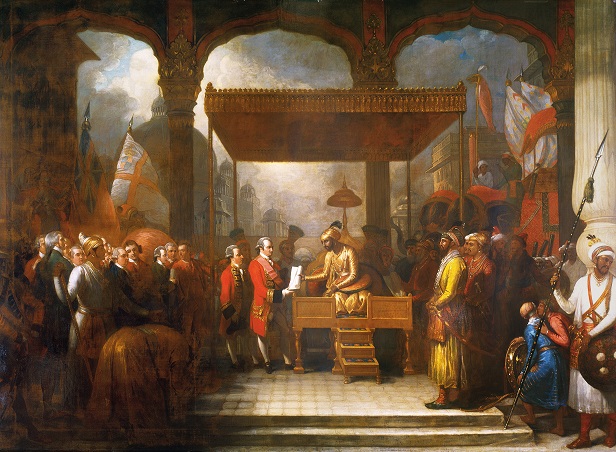 The former enabled the individual not only to supervise the harvest of crops and the collection of taxes for the area and send them to the Company’s factories, or warehouses, at its ports ready for export back to Britain, but also to trade in their own right for their personal profit. The latter enabled a head office post-holder to become involved in policy, pricing, sales and distribution, also for a personal share of the profits.

For those who survived the early punishing years, the rewards were enormous but for those who set out to India to shake the pagodas tree, as the Company’s money tree was called, only one in seventy made it back to Great Britain a multi-millionaire.

Those that lived long enough to return to Great Britain were known as Nabobs because of the way that they aped the behaviour of the Indian kings and princes who they had replaced in the public imagination. Their habits were considered showy and extravagant and this was demonstrated by the purchase of their estates and the building and extravagant decoration of their homes. The nabobs employed the very best architects and decorators and filled their walls with paintings by the best-known artists of the day. 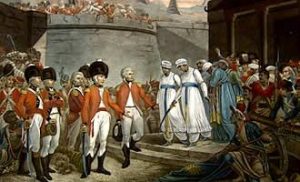 The Nabobs were Whigs politically and supported the Crown. They built their homes in Berkshire close to the King, the City of London and to Westminster. The Royal County became known as the English Hindoostan. These exceedingly wealthy men exercised their patronage through their willingness to pay for the pocket or rotten boroughs on which election to Parliament and the power of government depended. Their representatives in both Houses resisted any measures that might threaten the supremacy of the East India Company in India and its wealth-generating activities. It would be many years before the power of the Company would be challenged through the impeachment of its governor, Sit Warren Hastings for the misuse of power and of corruption.

An example of the potential for success was Francis Sykes who built Basildon Park in Berkshire on his return from India after a ten year career with the Company between 1751 and 1761. Sykes amassed a fortune whilst representing the Company at the court of the Nawab of Bengal. Sykes, who was close to Clive and Hastings, left India with a fortune of over £50 million at today’s prices and when Basildon was completed became an MP and purchased a baronetcy. 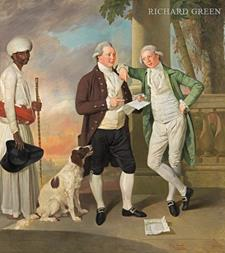 It was inevitable that many Company servants died leaving their widows and surviving children to fend for themselves. Some were more successful than others. In 1738, the twelve year old daughter of the Governor of Fort St David, Frances, married her first husband. He died and she soon remarried a man who died of smallpox a few days later. Frances married for the third time and had four children. When he died, she married for the fourth time and lived until she was 87 ‘universally beloved, respected and revered.’

The society of the members of the East India Company in India was brash, indulgent and insufferably ambitious for one thing only: Riches and profit. The officers of the Honourable Company worked hard and partied hard. They aped the over-blown court life of the Indian rulers that they replaced; invested in extravagant households employing hundreds of servants and many of the most senior officials married high-born Indian women with whom they had children. Fashions for both men and women were more London than London and the men Were more dandified than St James’s. They joined gentleman’s clubs and visited brothels and opium dens. They hunted and shot their way on elephants through the grasslands and forests of the Company’s domains.

As their riches grew, the Company’s officials attracted a wide variety of individuals who grasped at the opportunity for exploiting their new-found wealth. William Hickey, the London diarist, first went to India as a cadet in 1769, before chronicling the extraordinary lives of the rich and John Zoffany, the painter, spent six years in India between 1783 and 1789 painting the Company’s nouveaux riches millionaires posing with their families and servants.