Books by Michael Fass are available to purchase directly from Michael or from Amazon UK. See below for more details. 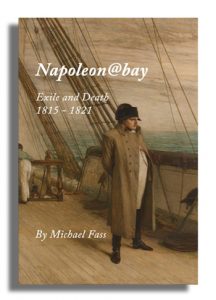 Napoleon@bay is the dramatic story of the final years of Napoleon’s life from the time that he surrendered to the British off the coast of France in July 1815 to his death at Longwood House on St Helena in May 1821.

Key dates are used to explore each year’s struggle between Napoleon and his gaolers with a back story that adds richness to the record and includes events throughout the Atlantic & Oriental worlds.

Conditions on St Helena were harsh and Napoleon made life as difficult as possible for Sir Hudson Lowe, the Governor, whose job it was to prevent the ex-emperor’s escape.

At the time of his surrender, Napoleon imagined that he would soon return to Europe but, as Lord Melville had remarked, St Helena was ‘farther away from anywhere than anywhere else on earth’. Napoleon would never leave the island alive.

Napoleon@Bay is available to purchase directly from Michael Fass – please get in touch via his Contact page – and on Amazon UK. 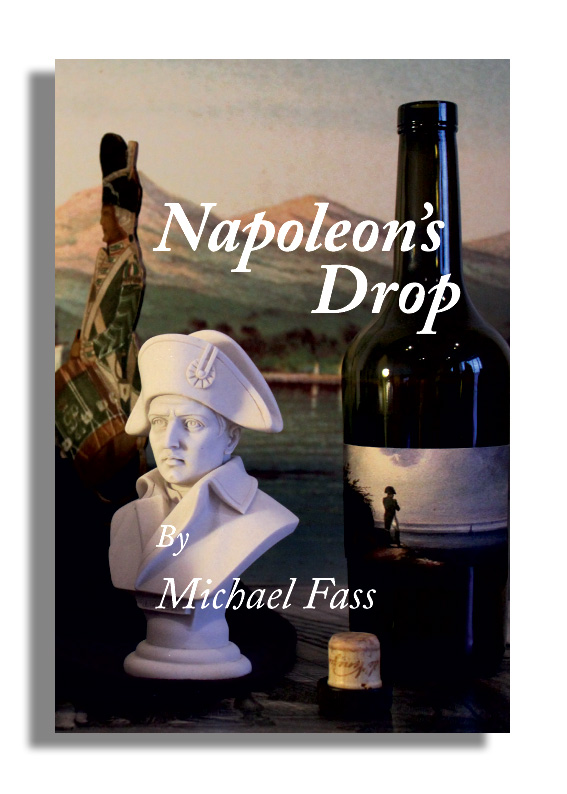 Following his defeat at Waterloo in June 1815, Napoleon Bonaparte is exiled on St Helena, a remote island in the South Atlantic. Here, the ex-emperor and his companions are imprisoned at Longwood House guarded day and night by over 3,000 soldiers and sailors.

Meanwhile, his supporters in Great Britain, the Americas and on the island itself, plot their hero’s escape while officials at the Alien Office in London work ceaselessly to prevent it. As tensions rise across the Atlantic World, Robert Fulton, the American inventor of the world’s first submarine, Nautilus, is persuaded to lend his underwater craft for a daring rescue attempt to be launched from Buenos Aires that will bring Napoleon to freedom.

Michael’s historical fiction novel re-creates the world of Napoleon’s final years including many historical figures that bring the story to life.  See the cast of characters.

Napoleon’s Drop is available to purchase directly from Michael Fass – please get in touch via his Contact page – or from Amazon in paperback and Kindle version.

“An extraordinarily good read…
The blending of rich, well researched historical material, covering events across several continents, brought together under an eloquently written and suitably pacy storyline makes this a very decent read indeed. Of interest to scholars of 19 century British /American history, fans of the Napoleon / St Helena story and those who enjoy immersion in well developed and totally credible key characters. A highly recommended read in this, the 200th anniversary of Napoleon’s death.”

The Early Years by Michael Fass 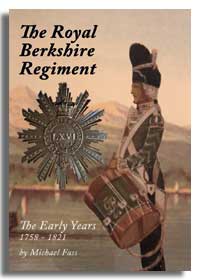 The story of the Royal Berkshire Regiment’s early years as HM 66th Foot from its formation in 1758 until the Regiment left the island of St Helena in 1821 on the death of the Emperor Napoleon.

The 66th’s First Battalion served throughout the British Empire and in the Ghurka wars and its Second Battalion fought in Wellington’s Peninsula campaign between 1809-1814.

The Regiment was always well disciplined and highly regarded by its superiors. At the Battle of Albuera on May 16 1811, the Second Battalion was almost destroyed by Polish Lancers:

“We fought them until we were hardly a Regiment. The Commanding Officer was shot dead, and the two officers carrying the colours close by my side received their mortal wounds. In this shattered state our Brigade moved forward to the charge. Madness alone would dictate such a thing.” (Lt. Crompton of the 66th)

The Early Years is available to purchase directly from Michael Fass – please get in touch via his Contact page – and also from Amazon UK both in paperback and Kindle version.

Reviews for The Early Years…

“Wonderfully prolific and excellent. I love all the illustrations as the book progresses.

It is an easy read. You fly the flag for the Royal Berkshire with pride.”

Salute Me When You See Me by Michael Fass 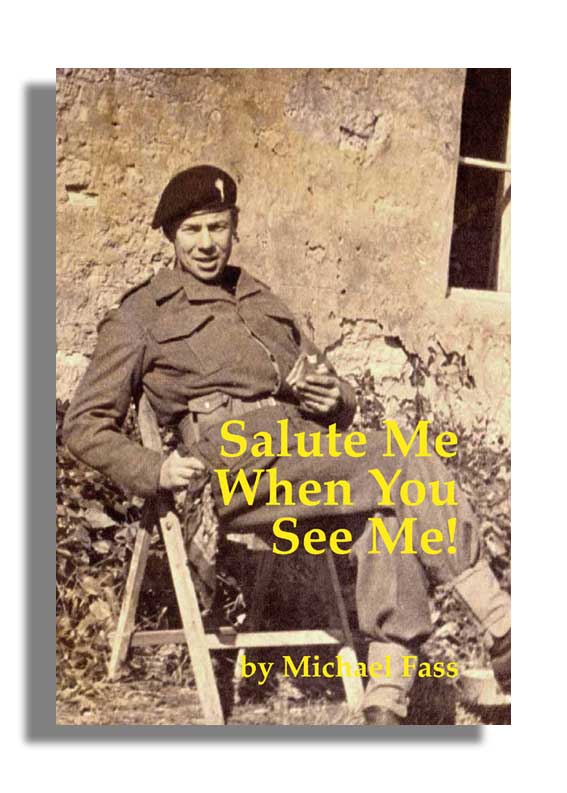 After a successful start as a young officer in the pre-war British Army, Johnny Fass became one of the best known trainers of men in the war-time Household Division. He subsequently achieved success as a junior staff officer before reaching the pinnacle of his career when he joined the staff at COSSAC the organisation responsible for the planning of Operation Overlord, the D-Day landings in Normandy.

Here he found himself working at the highest levels of the politico-military direction of the war in the West.

Sailing for France in June 1944 he was killed in action outside Caen shortly afterwards whilst in command of the First Battalion, Welsh Guards, eight days after the birth of his son.

This is the story, by his son Michael, of the father he never knew. It weaves together one of the most critical events of WWII with the social history of the era.

Salute Me When You See Me is available to purchase directly from Michael Fass – please get in touch via his Contact page – or from Amazon UK both in paperback and Kindle version.

Reviews for Salute Me When You See Me…

“This is an incredibly genuine and open account of the life of Lt Col Johnny Fass. The extracts from his diary cut straight through to the emotions felt in the years leading up to the invasion of Normandy.”