How Napoleon spent his day at Longwood house, obstructing his British gaolers.

Napoleon had spent his first weeks on St Helena at The Briars as a guest of William Balcombe, the East India Company’s agent on the island and co-owner of its only ships victualers. The Briars was a comfortable house and Balcombe and his wife, Elizabeth, were congenial hosts. The couple had two daughters, the younger of which, Betsy aged fourteen, became close to Napoleon during his stay. 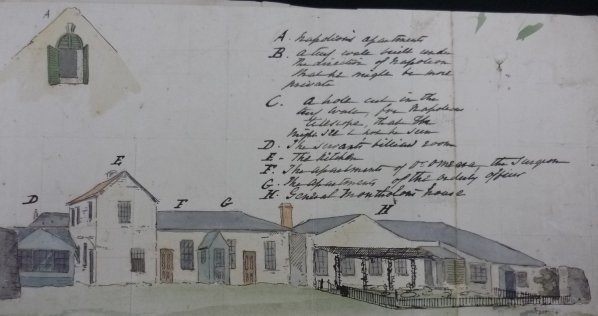 There was an expectation amongst the French that this arrangement would become permanent but this was not acceptable to the British authorities who feared that too much fraternisation would lead to trouble and who did not fully trust Balcombe.

As a result, alternative accommodation was sought and Longwood House identified as being suitable. Its main advantage was its isolation. It was some distance from Jamestown, the main centre of population, and close to the barracks on Deadwood Plain. The house had also been a farm and had a number of outbuildings attached to it that could be converted into living accommodation. The house itself was in a bad condition and was plagued with rats.

The British decided that it would serve its purpose and sent back to London the designs for a number of pre-fabricated sections that would be used to extend it. In the meantime, the Northumberland’s ships carpenters would carry out temporary alterations. When Napoleon was taken over to see the house for the first time he was appalled and protested that the house was completely unsuitable. Sir George Cockburn, acting governor until the arrival of Sir Hudson Lowe in June 1816, made it clear that nothing else was on offer.

This was a moment when, for almost the first time, Napoleon realised that the British considered him their prisoner and that he would not be eligible for any special privileges. This realisation would form the basis for all future relationships and lead to continual dispute with his captors.

The house had been constructed to no definitive plan and was neither ugly nor beautiful. Its rooms were situated around a muddy courtyard surrounded by sheds used by the servants. Some steps led up to the main door which led into a veranda, billiard room and drawing room and it was here that Napoleon received visitors. Behind these rooms was a small dining room and Napoleon’s private apartments, two rooms and a bathroom.

If the British civil and military situation on St Helena was complex, Napoleon’s domestic arrangements were no less so. 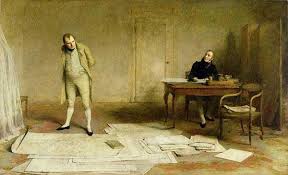 Like many great men, Napoleon liked to play individuals off against one another and the personalities involved at Longwood House were prone to this. Their common factor was their almost fanatical devotion to Napoleon, some of whom having served him for many years before he went into exile. A number of his household on St Helena had left their families and appointments in France and elsewhere in Europe and had insisted on joining their hero even when he showed little enthusiasm for their participation in his exile.

There was rivalry for his attention both above and below stairs and continual bickering amongst his most senior advisors. Napoleon’s most senior official was General Henri Bertrand. Bertrand had served Napoleon since 1807, first as his ADC at Autserlitz and later during his first exile on Elba. He affected dazzling uniforms, called himself Grand Marshall and insisted that Longwood was a imperial court at which all the niceties of the French empire should be maintained.

Bertrand was 45 years old when he arrived on St Helena and was married to a fiery wife, Fanny, whose father was Irish born and whose mother was half Creole. Bertrand and Fanny lived out at Hutts Gate and did not dine at Longwood every night missing some of the dinner table discussion which Napoleon encouraged.

Bertrand’s immediate subordinate was Count Montholon who called himself the Chamberlain and Master of the Household. He was 32 years of age when he arrived on the island and was with Napoleon throughout his imprisonment. He was tall, dark and handsome; had been divorced twice and was now married to Albine. The couple had three children who they had left behind in France and lived two doors down from Napoleon’s private apartments at Longwood. It was rumoured that Albine had had an affair with Napoleon and, whilst there is no proof of this, Napoleon, like many other powerful men, was well known to be a great flirt.

General Gaspard Gourgaud called himself the Master of the Horse at Longwood and was responsible for transport and logistics. He had served with Napoleon in the Russian campaign and had distinguished himself during the Retreat from Moscow when he had swum the Berezina and saved Napoleon from an attack by Cossacks on the chaotic march back to Dresden. Gourgaud had a dog-like devotion to Napoleon that irritated the emperor and always wanted a closer relationship than Napoleon wished to offer.

The Marquis Las Cases also called himself a Chamberlain and acted as Napoleon’s secretary for a short time after Napoleon’s arrival on St Helena. He was loathed by Bertrand and Montholon and was dismissed by Governor Lowe and removed to the Cape but not before he had begun to write an account of Napoleon’s exile entitled Memorial de Ste Helene published in 1823. This book became the first of many best-sellers about Napoleon’s time on the island and made Las Cases a millionaire.

Captain Charles Piontkowski bridged the gap between above and below stairs. Like Gourgaud he had also served with Napoleon in Russia and was one of a small group of Polish Lancers who had guarded him during the Retreat. Piontkowski was another example of the individuals at Longwood who were fanatically devoted to Napoleon. He had sailed from France after Napoleon’s party had left on the Northumberland as he had recently got married but he did not last long on St Helena. Piontkowski was accused by Governor Lowe of deceiving the guards by disguising himself as Napoleon before riding out into the grounds and causing a major security scare; getting drunk and knocking a man to the ground in Jamestown. He was removed from the island and returned to France.

Le Page, and afterwards Cipriani, were responsible for the kitchens at Longwood and struggled to provide both sufficient and edible food. Rations were short on the island because of the great increase in mouths to feed. The additional 3,500 troops and naval personnel that had arrived consumed any surplus and although the agent, William Balcombe tried to maintain the provision of supplies at Longwood, there were often shortages. As a result, a black market for luxuries developed that included troops bartering their rations at the kitchen door in return for some of the 2,000 bottles of wine that were allocated to Longwood by the British Government each month. These were also supplied by Balcombe from the Cape. 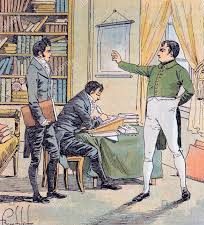 Marchand, Napoleon’s valet, and the two Archambault brothers, Thomas and Joseph, who were Napoleon’s joint coachmen, were amongst up to forty staff at Longwood. These were supplemented from time to time by sailors off HM ships who acted as footmen at important functions; another example of the cordial relations between Longwood and the Navy.

Many of these personalities were present at Napoleon’s death bed and attended his funeral. A number returned in 1840 when his body was exhumed and returned to France for re-burial. Many of them wrote accounts of their time on St Helena either to perpetuate Napoleon’s memory or to make money or both.