How Napoleon amused himself in exile on St Helena by flirting with the teenage Betsy Balcombe.

The account of the romance between Napoleon and Betsy Balcombe remains one of the enduring legacies of the story of his imprisonment on St Helena.

Betsy was the fourteen-year-old second daughter of William Balcombe, the East India Company and British Government-appointed agent on St Helena.

The relationship’s notoriety is the result of a number of books written since Napoleon’s death in 1821 and in particular by individuals who found a way to make money from the story. These have been many and varied and some wrote their highly embroidered version of events even before Napoleon was dead.

The most prominent of these early reports was written by Barry O’Meara, the Irish Naval surgeon who was removed from the island by Sir Hudson Lowe, the Governor. Lowe had become increasingly frustrated by O’Meara’s behaviour and accused him of collaborating with Napoleon in smuggling letters off the island to Napoleon’s supporters in Europe. Amongst the most prominent of these were Lord and Lady Holland in London (See The Holland House Set in the London theme).

Smuggling letters had not been O’Meara’s only offence. Lowe also accused the doctor of withholding information about Napoleon’s health at a time when the British regime was being criticised for its severity in the handling of Napoleon’s imprisonment. Lowe did not want Napoleon’s early death on his hands (See ‘Death by Wallpaper in the Napoleon’s Final Years theme).

Another reason for Lowe’s intense dislike of O’Meara was his over familiarity with Napoleon, his Household and with the Balcombe family, who Lowe believed, were also working against him. The O’Meara revelations published in London n 1818 had a very bad effect on the way the British Government’s handling of its prisoner was thought of by all those who opposed his harsh treatment. 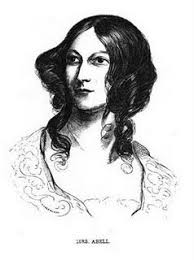 However, the best-known account of Napoleon’s daily life has come from Betsy Balcombe, who was aged 14 when she first met Napoleon.

Betsy was living with her parents at a pleasant and well-appointed house called The Briars outside of St Helena’s capital, port and only town, Jamestown (See History & Topography in the St Helena theme).