The West Indies, the American colonies, Canada and, most of all, India, now caste their spell over middle and upper class England and Scotland and although an immense national effort in blood and treasure would be expended, the expansion of the British Empire took off. The lure of unimaginable riches; the City of London’s banking and insurance arrangements and the success of the industrial revolution, all provided the sparks.

One of the most enduring features of the Empire in India was the role of cadets, the young men, who left England and sailed to one of the three great centres of British influence, Bombay, Calcutta and Madras. Here, the British established themselves in three great Presidencies from which they were to dominate the whole of the Indian sub-continent. 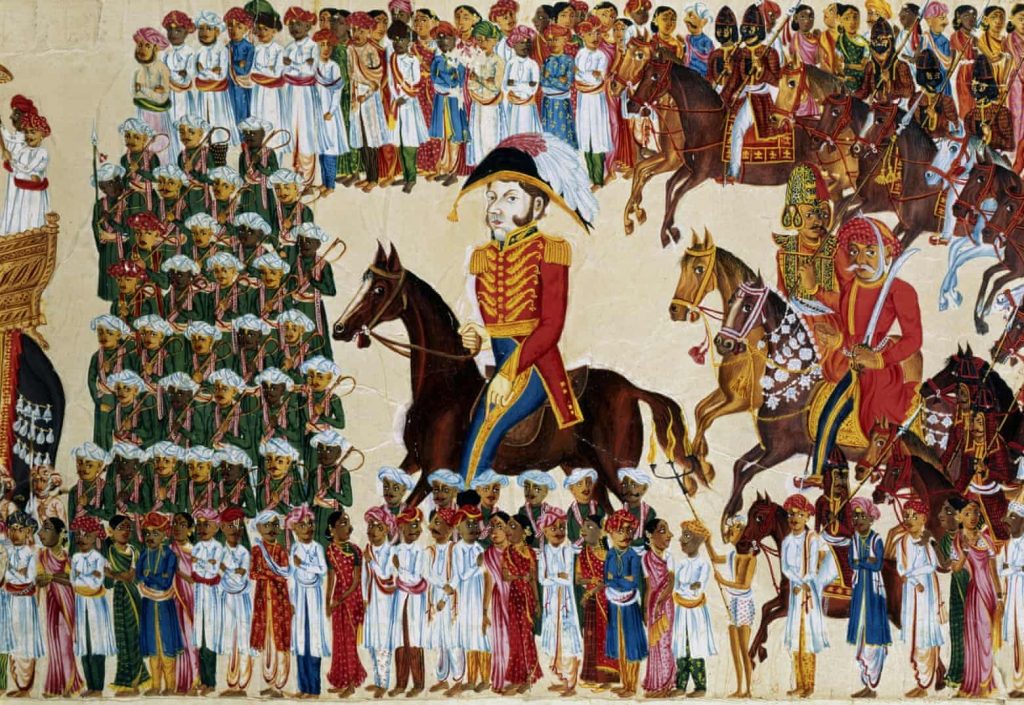 The recruitment of the East India Company’s leadership cadre was founded on the same principle as the British Army’s purchase system, that is, a cadetship had to be paid for. The cost was £800, a vast sum in those days and only available to the rich. Families got together and through their networks raised the sum required and borrowed against their assets. Cadets also had to be sponsored by a member of the Court of the Company in Leadenhall Street so good social connections were also needed, particularly commercial.

On appointment cadets had to be kitted out with all that they might need and then spent anything up to fourteen months at sea before arriving in India. Here, they spent their early years in an all-male environment living with other cadets in a Company lodging house –that is, if they survived their first year.

Many of those who travelled to India in search of their fortune would be disappointed. Cadets often perished at sea in the violent storms that swept the oceans during the monsoon period. Others died suddenly. A cadet might dine with a friend at midday and attend his funeral by nightfall. ‘Here, people die one day, and are buried the next. Their furniture is sold on the third and they are forgotten on the fourth.’

Only one in eight did so, the remainder dying of fever very quickly. It was a punishing place to live. Cholera, yellow fever and endemic disease took a very heavy toll and life was harsh. For their first five years, cadets were employed as writers, or clerks in the Company’s local offices either in the city or up-country where conditions were even worse.

The merchants used to say that ‘the Kingdom of Bengal has a hundred gates open for entrance but not one for departure.’ At the end of this apprenticeship, a writer became a servant of the Honourable Company and was able to trade on behalf of the Company and, most importantly, in their own right. This is when the opportunity to become exceedingly rich became a reality.